Wallace News in Kingsport offers a wide range of magazines, some of which will never be displayed on a Southern Living coffee table. While some particularly lavicious magazine covers were partially covered, the only publication to be entirely concealed was Grit and Steel, a magazine for cockfighters. It comes in a manila envelope ready for mailing. 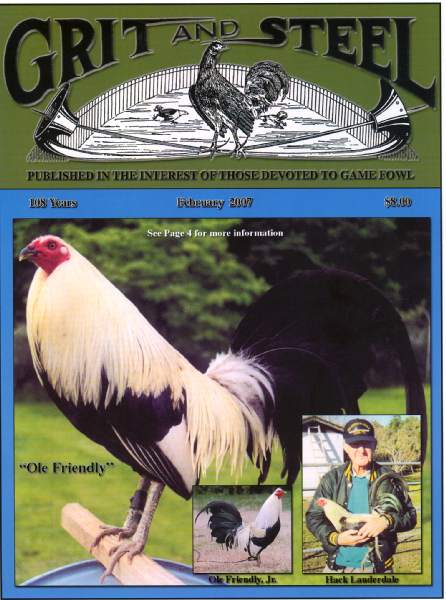 I’ve never been to a cockfight, in Tennessee or anywhere, and I believe it is cruel to the roosters who have needles or blade strapped to their legs and are pitted against each other. The publication, which costs $8, was mostly page after page of ads from various breeders. “Young brood trios,” which consists of a cock and two hens, were offered for anywhere from $300 to $1,000. Many of the ads had some version of this disclaimer: “None sold for any illegal purposes.”

The appropriately named Cocke County, Tennessee is the center of cockfighting on the eastern end of the state. I was driving down I-81 around mile markers 39 and 40 when I took this photo of a farm on the west side of the road. 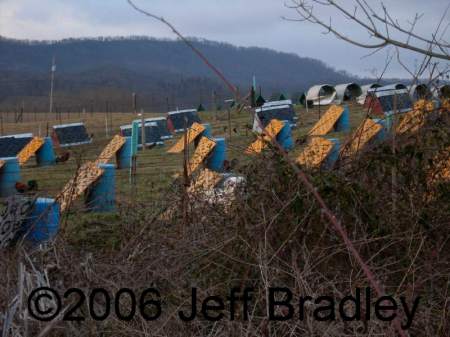 This fellow has hundreds of roosters in his fields, all protected with what looks like an electic fence and cameras. I have often pondered whether passing motorists who know nothing about cockfighting ever wonder why all those chickens get such special treatment.

This entry was posted on Wednesday, February 28th, 2007 at 8:00 pm and is filed under Southern Culture. You can follow any responses to this entry through the RSS 2.0 feed. You can leave a response, or trackback from your own site.