Packing while backpacking: guns on the trail?

The Bush administration and the National Rifle Association are backing a proposal to bring gun laws in national parks and wildlife refuges into synch with state laws regarding firearms. In other words, states, not the federal government, should decide whether people can carry guns in all parks–state or federal. 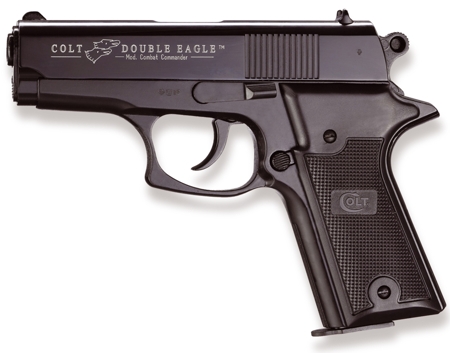 In the Great Smoky Mountains National Park, this could make for an interesting hike along the Appalachian Trail (AT) if Tennessee and North Carolina were to adopt different rules. Hikers on the AT, like the late Johnny Cash, walk the line of the state boundary, crossing from one state to the other multiple times.

Joan Garrett of the Chattanooga Times Free Press has a story in which she interviews a female hiker who puts in 100 miles on the AT every winter and who carries an automatic pistol when she does. Garrett reports violent acts on the AT–10 killings and 10 rapes reported since 1973–and quotes Dawson Wheeler, the owner of Chattanooga’s Rock/Creek Outfitters, who says “Handguns weighing five to 10 pounds are comparatively heavy, and if they are buried in a backpack out of sight it could take a hiker too long to reach one in an emergency.”

I think Wheeler estimates too high on the weight of a gun unless he is referring to something Dirty Harry would carry, but he’s right about not being able to get to it quick enough. As a general rule, I find that the farther one gets from a road, the nicer the people are, but there are bad people–and bad critters–out there. Here’s what I carry with me: 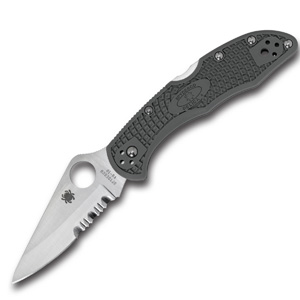 I have several Spyderco knives, among them the Delica picured above. Put your thumb in hole in the blade and you can flick the blade out as if it were a switchblade. The knives are incredibly sharp. I keep one in my pocket and can get to it very quickly.  If I ever had to take someone out, I think with a knife like this I’d have the element of surprise and a better chance of defending myself.

As for guns in national parks, I say keep them out. I don’t worry so much about the bad guy on the trail as I do the drunken jackass in the campground.

This entry was posted on Monday, May 5th, 2008 at 8:08 am and is filed under Parks and Wilderness, Uncategorized. You can follow any responses to this entry through the RSS 2.0 feed. You can leave a response, or trackback from your own site.