Red State Update: Is it good for the Tennesseans?

Every time there’s any sort of Tennessee or Southern-based humor, any laughter on my part is always followed by an unsettling thought: does this make us look bad?

END_OF_DOCUMENT_TOKEN_TO_BE_REPLACED

President John Petersen and several other UT officials flew in the University’s jet to Tri-Cities Airport to attend a NASCAR race at the Bristol Speedway. Following all manner of negative publicity, a UT VP, Hank Dye, wrote a personal check to cover half of the flight and, one suspects, his gluteus maximus.

UT spokeswoman Karen Collins says Dye is covering part of the expense “out of an abundance of caution and accountability to the taxpayers.” Uh, yeah. 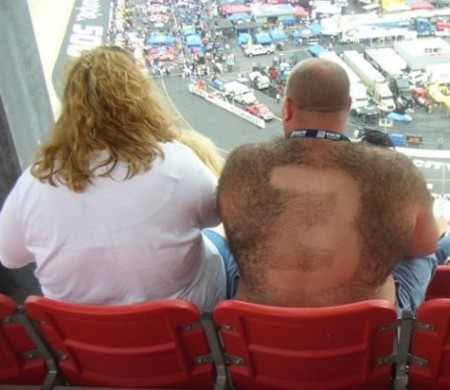 Bible Park USA, the proposed Middle Tennessee version of Dollywood according to the Good Book, has just launched its website. Verily, verily, much is the hilarity therein. You just cannot make this stuff up. The backers of this scheme want tax dollars to develop the park, which they propose to locate in Rutherford County, much to the opposition of locals.

END_OF_DOCUMENT_TOKEN_TO_BE_REPLACED

‘Just As I Am’: nudist Christians convene in Tennessee

The Nashville Scene, Music City’s alternative newspaper, has a wonderful cover story this week about the Christian Nudist Convocation, which held its semi-annual meeting at Cherokee Lodge outside of Crossville.

Lord, you just can’t make this stuff up.

END_OF_DOCUMENT_TOKEN_TO_BE_REPLACED

Due to popular demand, Knoxville’s East Tennessee Historical Society will show This is Cas Walker, a film about East Tennessee’s most famous–and most notorious–grocer and public figure. The film will be shown on June 22 as a part of Treasures From the Tennessee Archive of Moving Image and Sound: A Film Series.

As described in the publicity, “Scenes and outtakes from his popular television show, The Cas Walker Farm and Home Show, as well as vintage commercials and rare early performances by local performers such as Dolly Parton will be included, along with newly discovered footage that was not part of the original screening.”

Having a slow day down at the film development office? Here’s a formula that never fails: pick some backwoods Southern town, hint that outsiders aren’t welcome there–“you ain’t from around here, are ye?”–and send some outsider in to check things out.

The latest version of this tiresome stuff is Iron City Blues, a documentary that depicts–well, let’s go to the press release, along with a little commentary:

After years of hearing urban rural legends about a lawless old mining town with a sky-high murder rate, (uh, when your population is only 368, all it takes is one killing to game the stats) blues musician Big Mike Griffin rides to Iron City to learn the truth for himself. Unlike nearby McNairy County which was home to Sheriff Buford Pusser in “Walking Tall,” Iron City has remained lawless and untamed. To Big Mike, it was the perfect subject for a blues song.

Along with a former Marine as a guide, Big Mike rides through Tennessee’s backroads to the heart of Iron City. (Blink and you’ll miss this “heart.”) There, surrounded by buildings ravaged by fire and years of decay (we couldn’t afford to film in Detroit), he interviews a fascinating collection of locals who seem to actually enjoy living their lives on the edge of anarchy. (As do most residents of peckerwood towns from coast to coast.) The resulting song, a high-energy blues anthem infused with southern rock (invoke Lynyrd Skynyrd here), is as much a celebration of Iron City as it is an ominous warning to outsiders. 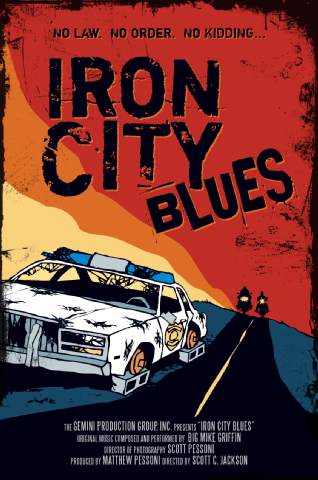 END_OF_DOCUMENT_TOKEN_TO_BE_REPLACED

Speaking the King’s English in Nashville

The Nashville Metro Council has passed an ordinance making English the official language of that fair city.  The mayor is asking the city attorneys to see how legal this anti-furriner measure is–and probably testing the political winds–before deciding whether to sign it, veto it, or let it become law without his approval.

This fuss reminds me of the tale of an Alabama legislator who, upon being asked his opinion of “English only” laws, replied by saying “If the Kings James English was good enough for our Lord and Savior, it’s good enough for me.”

Tennessee Guy
Create a free website or blog at WordPress.com.