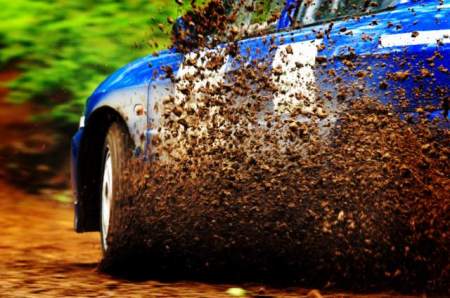 This blog began after I wrote four editions of Moon Handbooks Tennessee, a guidebook to the state that, for the most part, comprised the the most fun writing project I have ever done. Tennessee Guy was to be the storefront for my website, Tennessee Guy, which contains almost everything from my most recent 500-page edition. I no longer write the guidebook and don’t update the website, and my visits to Tennessee anymore are mostly to Kingsport, where my parents still live, so I’ve decided to take this blog in a different direction.

In the Thunder Road days of moonshining, a bootleg turn was a maneuver done to elude pursuing law enforcement officers. It involved making a high speed 180-degree turn, usually on a dirt road, that resulted in the pursued car suddenly reversing directions and heading straight toward the police car, which usually did not have the ability to turn so quickly. The bootleg turn bought time, and thus the bootlegger got away.

I actually perfected bootleg turns when we lived in Massachusetts, and would delight my offspring–and annoy my wife–on snowy days by driving down our street, pulling up on the emergency brake, and turning the steering wheel sharply to the left. Our car would smoothly slide around. I would usually stop at 90 degrees so as to turn into the driveway, but it was just as easy–and a lot of fun–to do a 180.

I am planning to write a memoir about growing up in Tennessee, so this blog will now do its own bootleg turn. While I will still address the occasional tourism topic, I plan to use this outlet as a place to share vignettes of people and places from the past. I’m always eager to hear from readers, so stay tuned in coming weeks to see the first entries.

Land of the Smokies: a review

Tim Hollis has written a wonderful book on the various–and mostly long gone–roadside attractions of Tennessee and North Carolina. His Land of the Smokies covers territory from Boone, North Carolina through the towns around the Great Smoky Mountains National Park to Chattanooga’s Lookout Mountain. The book, published by the University of Memphis Press, is filled with a delightful collection of color photos, postcards, and various brochures from places such as Ghost Town in the Sky, Frontier Land, and Silver Dollar City. 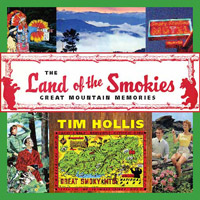 END_OF_DOCUMENT_TOKEN_TO_BE_REPLACED

Boll weevils near eradication in fields but live on in songs

The Memphis Commercial Appeal is running a dandy series of articles on the 100-year, $100 billion effort to kill off these snout-nosed parasites of the cotton plant. Boll weevils came to this country from Mexico in 1892 and began laying their eggs in cotton plants, thus preventing the boll of cotton from developing.

In the days before living better through chemistry, the only way to reduce the effect of these insects was to not plant cotton for a season. Farmers looked to other crops for income and King Cotton thus became dethroned across the South. 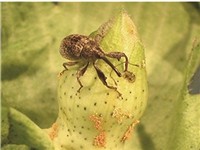